An Interview with Auden Schendler 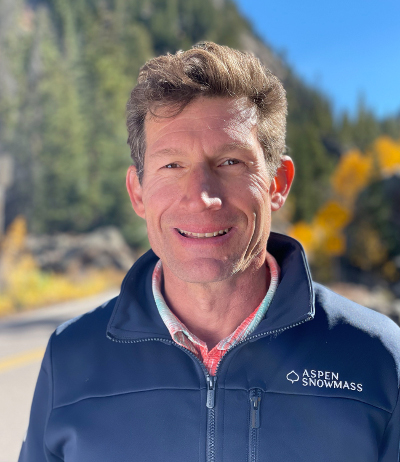 As our 30+-year neighbor in the Roaring Fork Valley and hut user (his most memorable hut trip included an overnight bivy while leading a group of students), Auden Schendler is a valued resource when it comes to climate change education and activism.

As Senior Vice President of Sustainability at Aspen Skiing Company and former board chair for Protect Our Winters, Schendler works on large-scale solutions to climate change through clean-energy development, policy, advocacy and activism.

Schendler is the author of the book “Getting Green Done: Hard Truths from the Front Lines of the Sustainability Revolution,” which climatologist James Hansen called “an antidote to greenwash.” Named a “climate innovator” by TIME magazine and a “climate saver” by the EPA, he has testified to Congress and served on several Governor-appointed boards in Colorado, including the Air Quality Control Commission and the Pollution Prevention Advisory board.

Here, Schendler shares his thoughts on climate change’s threats to the huts and why 10th Mountain and its hut users have a unique opportunity to fight climate change.

How has your 23-year role at Aspen Skiing Company evolved?
It’s changed crazily. In short, we went from doing all this stuff on the ground—which we still do because it’s good busines—to wielding power and influence. Whether it’s motivating our partners, to taking a stronger position on a climate bill in congress or changing utility companies, or building a big new hotel in Mammoth, California that’s all electric—which is a key climate fix—each year we ask is this work meaningful enough? Then we ratchet it up the next year.

Are you worried about the upcoming fire season?
We live in a permanent state of worry in the West. Officials say this summer could be the worst wildfire season in the state’s history.

Is that climate change’s most immediate threat to the huts?
I think so. Even if we don’t lose the huts to fire, we might lose the beauty of the surrounding area. The trend is warmer temps, longer shoulder seasons and, generally speaking, more extended, multi-year droughts. Around the huts, we’re seeing massive beetle kill because we don’t have these cold snaps in the winter that kill the beetles. We’re also seeing big storm events because a warmer atmosphere can store more water.

Why should organizations like 10th Mountain get involved in the climate conversation?
The organization is a beneficiary of a stable climate. And that doesn’t exist anymore. There’s a responsibility to be engaged on it.

Why are 10th Mountain hut users potential climate activists?
10th Mountain hut constituents see themselves as environmentalists in some capacity. They are a motivated constituency, and they tend to be more influential than other parts of the population. Do they know that our mountain communities have warmed by about three degrees F since the middle of the last century?

How does 10th Mountain have a unique opportunity to fight climate change?
Installing solar panels and using electric vehicle fleets are important steps for changing the norm and shifting culture—but, those actions won’t solve the crisis. Using electric vehicles to service the huts is great, but we need everyone in the world using them, and that’s about policy. The real opportunity comes from 10th Mountain’s power, influence and reach. When an organization can say publicly that we need policy action on climate, it makes a difference. Messaging is important. Are there posters on the wall of the hut? Is Bill McKibben’s latest book on the table? 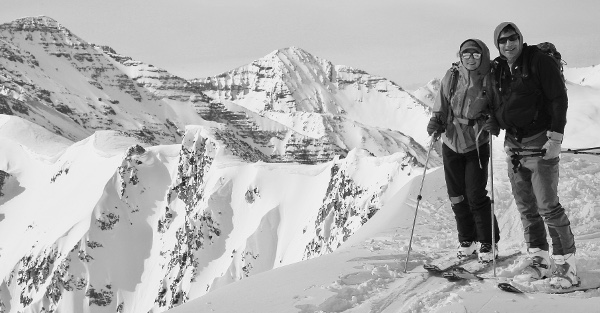 How could a hut trip translate to a climate project win?
If a generic citizen or influential citizen who went on a hut trip and left feeling a need for urgent action on climate… If they contacted an elected official and politely weighed in—policy makers in Western Colorado don’t hear from their constituents or tourists about the climate issue… And if they joined a climate non-profit, like Protect Our Winters or 350.org.

What steps can people take to get their organization into the climate conversation?
Ask yourself, is this action going to help solve the climate problem at scale? Then, filter your actions through that.

Any glimmers of optimism?
Right now, there’s a bill in Congress that’s the climate portion of the Build Back Better Act that could pass. It includes about $555 billion aimed at moving the American economy away from fossil fuels and toward clean energy sources, and it would be the largest-ever federal investment in clean energy. The bill includes incentives to shift from burning oil, gas and coal for energy and transportation to using other forms of power that don’t emit carbon dioxide—the emissions that are warming the world.

What we know about American thinking, through polling, is that most people care about our climate and want to do something.

[Editor’s Note: 10th Mountain Division Hut Association is considering ways to focus on policy and influence. As part of our Climate Project, we are working to develop messaging at the huts to spark conversation about climate and working with POW, 1% for the Planet, and other organizations to drive bigger-scale change.]

Recommended resources to learn more and get involved:

350.org was founded by university students and Bill McKibben stands up to the fossil fuel industry to stop all new coal, oil and gas projects and build a clean energy future.

1% for the Planet represents a global network of businesses, individuals and nonprofit organizations tackling our planet’s most pressing environmental issues.